Brothers,
[Reminder: To see the complete work including pictures, go to www.sigepblog.org.]


“We who have a deep concern for our Fraternity chapter are vitally conscious of the importance of its history. History is tradition and if we are wise, we seek guidance and discipline in tradition. But we observe sadly that events of importance, here today, have a way of becoming lost very quickly in the dim yesterdays. And if we are to make use of our history we cannot be satisfied to let significant events remain buried.”


Even though today is the day after POW/MIA Remembrance Day, the SigEp Patriots Project (SPP) believes it is important to always honor the following Brothers who were prisoners of war and those who are still missing in action: 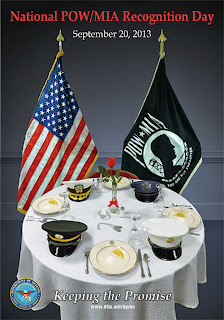 
17 SEP 1947
On this date, President Truman’s selection as first U.S. Secretary of Defense was sworn in – World War I Veteran and NH Alpha Brother Lieutenant James Vincent Forrestal, U.S. Navy Reserve. During the same week three years later, a bronze bust of Brother Forrestal was unveiled at the Mall entrance to the Pentagon (22 SEP 1950).


Scott was born in 1964 in Maryville, MO, and graduated from Northwest Missouri State University in 1988 with a BS degree in Business Administration. He worked for Philip Morris USA for 19 years and his final job was as a Unit Manager.


Respect can be paid to Brother Danner at Prairie Home Cemetery, Graham, MO.


Born in 1918, Ted grew up near New York City. He graduated from Colorado School of Mines with a professional degree in mining engineering. After the war, he and a college friend started a small business in northern Ohio manufacturing concrete products.


Brother Cox earned a degree in Mathematics and English at USC in 1947, and two years later an MBA from Harvard. He had a 36 year career with Bullocks Department Stores as buyer, store manager and VP of Stores. Jim always had numerous civic involvements and had 30 years perfect attendance in Rotary. He was past President of the Harvard Club of Orange County. For many happy years he lived in Palos Verdes Estates. He served on the Board of The Chamber Orchestra of the South Bay and the Norris Theater and was editor of numerous bulletins and newsletters.


22 SEP 2011
World War II Veteran and CA Gamma Brother Captain Kenneth “Lindy” Newton Linder, Sr., U.S. Marine Corps died on this date in Carpinteria, California. On 07 DEC 1941, he was 19 years old and attending Pasedena Junior Collage taking Aviation Classes when Pearl Harbor was bombed. Lindy joined the Navy and started with the Naval Aviation Cadet Training Program. In early 1943, he was commissioned a Second Lieutenant in the Marine Corps, and earned his wings in Corpus Christi, TX before being assigned to the Marine Corps Air Station in Goleta, CA where he joined the reformed VMF-214 “Black Sheep Squadron” which flew the F-4U Corsair. The squadron deployed to the Pacific and the ensuing battle of Okinawa aboard the USS Benjamin Franklin (CV-13), and while aboard her Lindy was given half credit for shooting down a Japanese bomber that struck the ship on 19 March 1944. The bombing and ensuing fires resulted in the death of 772 aboard Franklin including 32 Black Sheep members.


After the war, Brother Linder was an early graduate of University of California – Santa Barbara (UCSB) and was the first Vice President of the CA Gamma chapter at UCSB. He was active for many years with the Elks Club and Kiwanis Club, where he was in charge of the First Feast Pancake Breakfast. Lindy helped raise the funds to build the YMCA on Hitchcock Avenue, and was a board member and contributor to the Peirre Clayssons Military Museum. After retiring from Dean Witter brokerage firm, he and his wife moved to Arizona. After 10 years they returned to Carpinteria.


After the war, he returned to Kansas State, served as senior class president and earned a bachelor's degree. The G.I. Bill made it possible for him to attend Cornell University, where he earned a master's degree in agricultural economics in 1948.


After graduation, he began his business career in Topeka, KS, finding a mentor in Lou Falley in retail and banking. This led to his appointment in 1958 as vice president of the Southwest State Bank, the first suburban bank in Topeka. In 1965, he became president of the First National Bank in Junction City, and was later one of the principals in chartering a new affiliate bank, the Fort Riley National Bank. He left the First National Bank in 1977. After beginning a new business as a management consultant, he was elected to the Kansas State Senate, where he was assiduous in his service to the communities of Junction City, Fort Riley, and Manhattan for ten years. Brother Werts was a member of Rotary, where he served as a district governor, and received the Paul Harris Fellow Special Honor.


He was very active in civic affairs, including the Geary Community Health Care Foundation, the Kansas Commission of Veteran Affairs, the Geary County Public Building Commission, and the Chamber of Commerce.


He was inducted into the Army Infantry Officer Candidate Hall of Fame at Fort Benning and served as the Civilian Aide to the Secretary of the Army for Kansas, 1991-1995. He was a life member of the American Legion, the Veterans of Foreign Wars, and the Disabled American Veterans.


21 SEP 2012
A year ago today, CA Eta Brother Andrew Yacovone was commissioned a Second Lieutenant in the U.S. Army.


Our thoughts and prayers go out to the family, friends and chapter brothers of SigEp Patriots Jerome, Bedwell and Shoemaker. While they are no longer with us, the greatest casualty is being forgotten, and the SPP pledges these Brothers will always be remembered.


Are you a Brother who serves/served or know of such a Brother? If so, please let us know by emailing sigepswhoserve@gmail.com or go to http://www.facebook.com/groups/sigepswhoserve to join your brothers-in-arms. We will ask for your home chapter, rank, branch of service, military status (active, reserve, retired, etc.), and whether you are a combat veteran. Please help SPP find our fellow SigEp Patriots by sending them the link.