The SigEp Patriots Project (SPP) ended 2012 with,
- 3,686 SigEp Patriots in the Project database;
- 102 brothers-in-arms receiving email via the SPP list serve;
- 712 pages of stories and information about brothers who serve/served in the U.S. military;
- 637 photographs of military brothers;
- 548 SigEp Patriots are members of SigEps Who Serve – the Official Facebook group of SPP, and
- 37 brothers volunteering at chapters around the country as a liaison or point of contact (POC) with SPP in a mutually beneficial relationship of sharing and remembrance.

09 JAN 1941
On this date, IL Alpha Brother Joseph Metcalf Hissem joined the U.S. Navy Reserve and received a commission as an Ensign. He would go on to heroically serve at the Battle of Midway and made the ultimate sacrifice being reported missing in action / buried at sea.


08 JAN 1943
After graduating from Purdue, IN Alpha Brother William J. Meyer, Jr. entered the Army on this date.


10 JAN 1943
On this date, World War II Veteran and WA Alpha Brother Captain Ben Francis Ferguson, U.S. Army performed gallantly at Guadalcanal while leading his company to an assault position in the face of intense enemy fire. He proceeded to direct an enveloping movement towards the objective, resulting in the occupation of the enemy’s position. For this, he was cited for bravery in action and awarded the Silver Star on 24 MAR 1943.

13 JAN 1944
A ship named in honor of Brother Hissem was commissioned on this date, Lieutenant Commander W. W. Low in command. The ship, USS Hissem, was a Destroyer Escort of the EDSALL class, with the designation DE-400. It was launched by Brown Shipbuilding Company, Houston, TX, and sponsored by Miss Elizabeth D. Hissem, Joseph’s sister. Hissem received one battle star for World War II service.

07 JAN 1946
Entering the service before the attack on Pearl Harbor, World War II Veteran and DC Alpha Brother First Lieutenant Thomas J. McCall, U. S. Army was released from service on this date following more than five years of service.


10 JAN 1967
On this date, World War II Veteran, U.S. Representative (Virginia) and VA Kappa Brother Major William Pat Jennings, U.S. Army began serving as Clerk of the House of Representatives for the Ninetieth Congress, and was reelected to the four succeeding Congresses, serving until his resignation 15 NOV 1975, to be president of Slurry Transport Association.


During his long service in the Congress, Brother Hickenlooper accomplished a great many things. As a veteran, it was understandable that he would support and defend members of the U.S. military, and this was most notable with his comment about the attack on the USS Liberty (AGTR-5). On 08 JUN 1967, Liberty was an attacked by Israeli Air Force jet fighters and Israeli Navy motor torpedo boats while in neutral waters in the Mediterranean Sea.


During subsequent Senate Foreign Relations Committee Testimony, Bourke is quoted as saying, "From what I have read I can't tolerate for 1 minute that this [attack] was an accident."


Known as “Old Reliable” by the men he served with, Jon began his combat tour on 08 JUN 1969, and was killed while leading the platoon into a thick stand of nipa palm where he was shot once and died instantly. One of his former platoon leaders credits “JJ”, as he called him, with teaching him what he needed to know to help him and his troopers survive. The former platoon leader remembers our brother and honors him by telling stories of JJ to his children and grandchildren.


Jon is honored on Panel 14W, Row 29 of “The Wall” – the Vietnam Veterans Memorial on the north side of the National Mall in Washington, DC.


Respect can be paid to Brother Janoska at Section 2T, Site 2247 at Long Island National Cemetery in Farmingdale, NY.


After his WWII service, Bud graduated from Colorado State University in 1950 with a B.B.S. degree in agronomy. He worked for Producer's Livestock Commission in Los Angeles, CA; agricultural agent in Rocky Ford, CO; chief agronomist for Phillips Petroleum Co., and chief agronomist for Fertimex, in Mexico. Until his retirement in 1988, Brother Hartman was a senior vice president at Interore, a division of Occidental Petroleum.


Bud was involved as an explorer adviser with the Boy Scouts of America, and a member of the Elks Club. Along with his wife, he was a founding member of the San Angelo Museum of Fine Arts.


Respect can be paid to Brother Hartman at Fairmount Cemetery in San Angelo.


08 JAN 2002
Korean War Veteran, Founder & CEO of Wendy’s and Renaissance Brother Staff Sergeant David “Dave” Thomas, U.S. Army died on this date. At the outbreak of the Korean War in 1950, rather than waiting for the draft, at age 18 he volunteered for the U.S. Army to have some choice in assignments. Having food production and service experience, Dave requested the Cook's and Baker's School at Fort Benning, Georgia. He was sent overseas to Germany as a mess sergeant and was responsible for the daily meals of 2000 soldiers rising to the rank of Staff Sergeant. After his discharge in 1953, Thomas returned to Fort Wayne, Indiana.


Dave was posthumously awarded the Presidential Medal of Freedom in 2003.


Respect can be paid to Brother Thomas at Union Cemetery in Columbus, Ohio 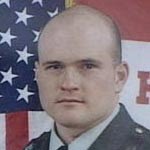 Operation IRAQI FREEDOM Veteran and TN Theta Brother Staff Sergeant Jonathan Kilian Dozier, U.S. Army made the ultimate sacrifice on this date in Sinsil, Iraq. He was 30 years old. Brother Dozier was assigned to the 3rd Squadron, 2nd Stryker Cavalry Regiment, 1st Armored Division when he died of wounds sustained when an improvised explosive device detonated during combat operations. Jonathan was a student at Middle Tennessee State during the 2000-2001 school year.


Born in Norfolk, Jonathan attended Fork Union Military Academy, Virginia Commonwealth University and Middle Tennessee State University. He will be remembered for his sensitivity, caring ways and his ability to gather his many friends for “celebrations”.


Besides his parents, Jonathan is survived by his daughter, Emma Grace Dozier. The family asks that memorial contributions may be made to the Saving Grace Memorial Fund, for the future needs of Emma Grace Dozier, C/O any Bank of Hampton Roads Branch, or by mail, 239 S. Battlefield Blvd., Chesapeake, VA 23322.


Respect can be paid to Brother Dozier at Section 60, Site 8727 at Arlington National Cemetery, Arlington, VA.


09 JAN 2010
U.S. Navy World War II Veteran and CA Beta Brother Robert Sherman Caldwell died on this date. Bob served from 1943-46, and following his military service he attended USC. In 1950, Brother Caldwell graduated with a business degree, and followed his father in to the insurance field where he worked until his retirement in 1992.


To memorialize Bob, the family requests donations to be sent to support the education fund for Nicco Torres’ daughter, Freiyeane Torres. Nicco was Bob's caregiver and been by his side for three years. Please send checks payable to June Caldwell and on the memo line reference: FBO Freiyeane Education Savings. Mail to: June Caldwell, 2020 The Strand, Manhattan Beach, CA 90266.
08 JAN 2011
U.S. Army Air Corps World War II Veteran NC Zeta Brother Linzy Price “L.P.” Megginson, Jr. died on this date at home in High Point. He was 86 years old. L.P. was born in DEC 1924, and soon after graduating from high school in 1943, L.P enlisted in the Army and was selected to join the Army Air Corps Cadet program. He served for two years until honorably discharged in 1945. He then went on to earn his B.S. at Wake Forest College (now University) in 1950.

07 JAN 2012
On this date, U.S. Army Veteran IA Beta Brother John Lambert Phillips died peacefully at his home in Cheyenne, Wyoming at the age of 80. He volunteered for military service and served in the Army with the Big Red One.


Born in Muscatine, Iowa, John received a bachelor of science in industrial economics with minors in accounting and general engineering from Iowa State University. He was employed by Caterpillar Tractor Company in management for 37 years, retiring in 1994, and was actively involved with the school board in Dunlap, IL; Republican Precinct Committee; Optimist Club, and an AFS foreign exchange host family.


08 JAN 2012
World War II Veteran and NC Gamma Brother Captain James “Bill” William Bew II, U.S. Army Air Corps died on this date at the age of 94 at the Treasure Coast Hospice in Stuart, Florida. Bill was a manager of engineering for 35 years at Trans World Airlines. Memorial contributions may be made in his honor to Treasure Coast Hospice, 1201 SE Indian Street, Stuart, FL 34997.


U.S. Army World War II Veteran and IA Gamma Brother Everett “Ev” Ermal Jones also died on this date. He graduated early from high school as all the males in his class were called up to active duty in the Army for WWII. After his time in the service, he returned and went to college at Iowa University.

Following graduation, Brother Jones worked at several sales jobs. Then knowing he wanted to be in the apparel industry, he worked as sales rep in Florida, Alabama, Tennessee, and Georgia until 1962. He took a sales position with Donmoor Boys Wear in 1962 and really enjoyed being in the wholesale children's clothing business. He worked for Donmoor for 30 years, until the company closed. Ev and his wife continued to sell children's clothing lines including Mickey & CO and many others until 2008. He was honored with an award from Hudson's Trade Journal in January 2006.

Always the supporter of American warriors, before his death, Ev asked that any donations in his memory be made to the Wounded Warriors Project (woundedwarriorproject.org) in support of the war fighters of this generation. He particularly supported the program for new or retrofitted homes for the returning injured warriors.


He was in the Naval ROTC and received his commission in the US Navy upon graduation. Brother Ouderkirk attended Naval Flight School in Pensacola, FL, and Corpus Christi, TX, and was designated a Naval Aviator. He was then stationed with Air Anti-Submarine Squadron 21 (VS-21) “Fighting Redtails” at the Naval Air Station North Island at San Diego, CA. He flew the S-3 Viking with VS-21 during two combat tours in the Vietnam War aboard the aircraft carrier USS Kearsarge (CVS-33). His decorations include The Air Medal with three stars and the Navy and Marine Corps Commendation Medal with Combat "V" for Valor.


Henry grew up in Arlington, VA, and graduated from the University of North Carolina at Chapel Hill with a degree in Pre-Law and Political Science in 1963.


In a small world item, Henry was a Captain with Trans World Airlines, and you have to wonder if he knew that this co-worker at Trans World, Jim Bew, was a fellow SigEp Patriot.


The family has requested contributions be made to The Seekers Sunday School Class of Peachtree, The University of North Carolina Athletic Department or Metropolitan Hospice at Serenity Manor.


Respect can be paid to Brother Ouderkirk at Section 7B, Site 664 of the Georgia National Cemetery, Canton, GA.


Our thoughts and prayers are with the chapter brothers, family and friends of SigEp Patriots Morrison and Turner.


CELEBRATIONS!
* Earlier this week, Operation ENDURING FREEDOM Veteran and NY Eta Brother Lieutenant Colonel Bill Duggan, U.S. Army returned home following his successful deployment to Afghanistan. Welcome Home Brother and congrats on the Bronze Star Medal! Thank you for your service!
* Today, Operation ENDURING FREEDOM VETERAN AND NY Chi Brother Second Lieutenant Charles Rugg, U.S. Army posted on Facebook that he was enjoying himself as he transitions out of theater. Get home soon, Brother! Thank you for your service!