While putting the finishing touches to this edition of “This Week” I was watching the Chicago Bear – Minnesota Vikings game. In the third quarter, the Bears observed one of their home field traditions of stopping the game to honor and recognize a member of the U.S. military. The Bears are the only team in the NFL that has this tradition.

This is quite an emotional week in SigEp Patriot history. Eight years ago today, Nashville native TX Rho Brother Lieutenant Colonel Kim S. Orlando, U.S. Army was killed in action in Karbala, Iraq. Earlier this week, it was learned that another son of Tennessee made the ultimate sacrifice when TN Eta Brother Captain Joshua S. Lawrence, U.S. Army was killed in Kandahar, Afghanistan. Our heartfelt condolences to all the families, friends and Brothers who have lost loved ones.

It is because of these and other Brothers that the SigEp Patriots Project (SPP) was formed – to honor and recognize the accomplishments and sacrifices of Brothers who serve/served our great nation in the U.S. military and insure they are always remembered. SPP welcomes partnerships in this effort with Richmond as well as representatives from individual chapters.


11 OCT 2001
U.S. Army World War II Veteran OH Zeta Brother Edwin Minar passed away on this date. Edwin was a member of Sigma Phi Epsilon and served in the U.S. Army from 1945 to 1947. Edwin was working for First Security Title in Akron and belonged to Toastmasters, Home Builders Inc., and the Akron Area Board of Realtors.

While serving as the commanding officer of the 716th Military Police Battalion, 101st Airborne Division (Air Assault), based in Fort Campbell, KY, Brother Orlando was killed while attempting to negotiate with armed men who were congregating on a road near a mosque after curfew. 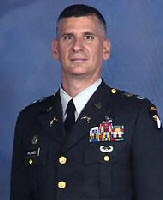 An active leader, he never hesitated to lead his Soldiers personally, whether on a three-mile run in below-freezing temperatures or on a patrol in the streets of Karbala. The battalion comprised no fewer than 400 soldiers, and Kim made it a point to learn the name of each one, said Sergeant Major Rodney Smith, a battalion member. “For a battalion commander to know your name, that touches anybody,” Smith said.

At the time of his death, Kim was the highest-ranking Army officer killed in hostile fire in Iraq.

He enlisted in the Army as a military policeman in 1982 and was commissioned at Fort Benning, GA in 1986. Kim served in the 1991 Persian Gulf War, and thereafter rose quickly to the rank of lieutenant colonel. He was picked to study at the FBI’s National Academy in Quantico, VA – an exclusive honor for military policemen.

Brother Orlando was laid to rest at the Nashville National Cemetery in Nashville, Tennessee where he grew up.

Brother Birchfield was born in Galveston, Texas, and attended the University of Missouri and Washington University at St. Louis graduating with a degree in Businesses Administration. He was an Air Force Officer in both World War II and the Korean War. Thomas worked for IBM for thirty-five years finishing his career as Director of Commercial and Industry Relations for IBMs Asia Pacific Group located in Tokyo. During his career with IBM he visited some thirty countries on business related matters. He was active in many social and civic organizations; a member of the Orleans Yacht Club, a past President of the Nauset Heights Association, Treasurer of the Nauset Newcomers Club, past President of the New Canaan Swim Club and served on the boards of various other organizations throughout the United States. He was also the recipient of the Sigma Phi Epsilon Scholarship award in his senior year in college.

RECENT LOSSES TO THE ROLL – GONE BUT NOT FORGOTTEN
Since the previous edition of “This Week” the following SigEp Patriots have passed away:

* The SPP Official Facebook Group – SigEps Who Serve (SWS – http://www.facebook.com/groups/sigepswhoserve) – now numbers 346, and we would like to wish a sincere welcome to the eight new group members!

We are always looking to post news items about SigEp Patriots. If you have something you would like to share please send an email to sigepswhoserve@gmail.com.
Posted by Ed Jones at 9:12 PM
Email ThisBlogThis!Share to TwitterShare to FacebookShare to Pinterest