This Week in the History of Patriots of Sigma Phi Epsilon, 03-09 January

This edition is filled with examples of brother patriots that not only served their nation in uniform, but in the some of the highest offices in the land. We also sadly must not forget the brother who made the ultimate sacrifice three years ago this week.

1941
03 JAN
Brother / Congressman / First Lieutenant Paul Harvey Cunningham, US Army – WWI – Infantry (school affiliation unknown) was sworn in on this day as a member of the Seventy-seventh Congress. Brother Cunningham served the people of Iowa’s 6th District until 1943 when he was elected to serve the 5th District.

1953
03 JAN
On this day, Brother / Congressman / Captain Donald Ray Matthews, US Army – WWII – Infantry (FL Alpha / University of Florida ’29) was sworn in as a member of the Eighty-third Congress of the United States joining Brother Cunningham.

04 JAN
This marks the end of the term for Brother / Colonel John Woodrow Bonner as Governor of Montana.

Brother Jennings entered the United States Army in JUL 1941, and served in the European Theater of Operations for two and a half years with the Twenty-ninth Infantry as platoon leader, company commander, and operations officer. Upon his return to the States William became an instructor in ROTC at the University of Illinois, and was discharged from the Army as a major in MAY 1946.

1959
03 JAN
Brother / Congressman Paul Harvey Cunningham completed 18 years of service in the US Congress on this day.

To the best of my knowledge, Brother Love is the only SigEp to be awarded the Distinguished Flying Cross twice.

1969
03 JAN
On this day, Brother / Congressman William Munford Tuck, US Marine Corps – WWI (VA Delta / William & Mary (attended) and VA Epsilon / Washington and Lee University ‘21 (graduated; unsure where he became a SigEp)) served his last day in Congress and as the representative from Virginia’s 5th District.

2000
02 JAN (late entry)
After finding conflicting reporting, it is confirmed that Renaissance Brother / Admiral Elmo Russell Zumwalt, Jr., US Navy (Retired) – WWII, Korean War, Vietnam died on this day at the Duke University Medical Center in Durham, NC. He was subsequently laid to rest on the grounds of the United States Naval Academy (USNA) in Annapolis, MD.

Brother Zumwalt, an Eagle Scout and recipient of the Distinguished Eagle Scout Award from the Boy Scouts of America, attended Tulare Union High School in Tulare, California, where he became the valedictorian, and Rutherford Preparatory School in Long Beach.

In 1939, Zumwalt was accepted to the USNA. As a midshipman, he was president of the Trident Society and vice president of the Quarterback Society. Zumwalt was also a Company Commander (1941) and Regimental Three Striper (1942). He graduated with distinction and was commissioned as an Ensign on 19 JUN 1942.

At age 49, Brother Zumwalt was the youngest four-star Admiral in US naval history and when he became the 19th Chief of Naval Operations (CNO – the highest office an officer can hold in the Navy) he was the youngest man to do so.

According to Brother Chuck White, Admiral Zumwalt was initiated by the Connecticut Alpha Chapter in New York City in April 1985. However, multiple online resources state he was initiated in 1980 including http://en.wikipedia.org/wiki/Elmo_Zumwalt which contains information confirmed by Navy biographers. To make things a bit muddier, The Journal of Sigma Phi Epsilon Volume 98, Number 1 from Spring 2000 stated, “SigEp mourns the passing of Admiral Elmo Zumwalt (Connecticut '42) who served as Chief of Naval Operations during a turbulent era and was famous for his celebrated "Z-grams." Brother Zumwalt was still attending the USNA in 1942 when that edition of the Journal was released.

At the outbreak of the Korean War in 1950, at 18-years-old, rather than waiting for the draft, Brother Thomas volunteered for the US Army in order to have some choice in assignments. Having food production and service experience, Dave requested the Cook's and Baker's School at Fort Benning, GA.

He was sent overseas to Germany as a mess sergeant and became one of the youngest soldiers to manage the Enlisted Men’s Club – responsible for the daily meals of more than 2000 soldiers.

Brother Thomas rose to the rank of Staff Sergeant before he was discharged in 1953. 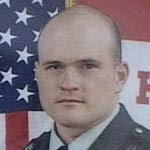 In lieu of flowers, memorial contributions may be made to the Saving Grace Memorial Fund, for the future needs of his daughter, Emma Grace Dozier, C/O any Bank of Hampton Roads Branch, or by mail, 239 S. Battlefield Blvd., Chesapeake, VA 23322.

2009
04 JAN
At the age of 99, Brother Neil C. Pascoe, US Army (GA Alpha / Georgia Institute of Technology & VA Epsilon / Washington and Lee University ’34) passed away on this day in Naples, FL. Born in Easton, PA, he resided in Branchville for many years. He attended the Georgia Institute of Technology and was a graduate of Washington and Lee University's class of 1934.

A veteran of World War II, he served in the US Army and was a life member of Private Peter S. Hotalen Post No. 157, and a past Sussex County Commander of the American Legion.

Good news stories for the week!
An update from the Facebook page of Brother / Specialist Kyle Hicks, US Army (AL Theta) who was seriously injured in a car crash on Thanksgiving Day while on leave from Afghanistan, “Kyle is at the Shepherd Center in Atlanta for acute inpatient rehab. His visiting hours are limited due to the strict rehab schedule. I will let you know when it is appropriate for visitors. I know everyone wants to see him right now, but he is working hard to get better. WE LOVE YA'LL! Bob, Lynn and Kevin”

Brother and now Second Lieutenant Ryan Zipper (IN Beta) who accepted a United States Air Force health professions scholarship, and was sworn in to the USAF 04 JAN by his brother, a Second Lieutenant in pilot training. In a few years we will be calling him Dr. Zipper.