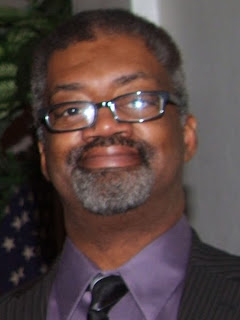 An open letter to Friends of Fr. Ron Williams to support a fund raising effort for the burial of our dear friend

This past Tuesday, Ron was found at his home in Flat Rock, Michigan, resting peacefully as he had left this life and was now on his journey to be with those that have passed before us. While some of you that may read this will know Ron, and his story, many of you do not.

As a mentor to many high school students during his time as a school administrator and the head of his church, Ron naturally still had a connection to young alumni leaving the high school ranks. This included the ones that came to Lawrence Tech and joined a fraternity. Initiated as a Renaissance Brother by Michigan Theta in 1991, Father Ron, or "Fron", has acted as a cultural and spiritual mentor to many who have passed through the halls of Sigma Phi Epsilon. His in-depth knowledge and love for culture and of all things Detroit opened the eyes of many an undergraduate to new worlds. He has married numerous SigEps, blessed their homes, baptized their children and has said the funeral mass for them and many parents of SigEps. When asked about what attracted him to SigEp when he joined in 1991, Ron responded,

"The closeness of the brothers and their desires to become better as individuals and as a fraternity. What is so remarkable about the fraternity is that it promotes the idea of the "family" through membership. The family is one of the most imporatnt aspects in a person's life and the fraternity tries to duplicate it. It seems that the organizations in my area and around the coutnry seem to be breaking up and cannot keep an active membership. But that is not the case with this fraternity, because I have seen some wonderful things so far and it keeps on growing. Finally, we need organizations like Sigma Phi Epsilon in today's community. The community needs men, like the one in this fraternity, to contunue to support and strengthen it through active participation. I am very honored to be a member and a part of the Sigma Phi Epsilon Fraternity at Lawrence Technological University."

Ron was a Priest in the Roman Catholic Church. His active ministry spanned a period from the late 1970's until the Fall of 2002. Ron also served our country, in various capacities, by way of the United States Air National Guard and the United States Army from 1982 until 2006. In 2002, Ron was "accused" of "conduct unbecoming of a Catholic Priest". Information that was received by the Archdiocese of Detroit and handed over to a Wayne County Prosecutor who, at the time, was mapping a political career that he hoped would take him to a 'higher office' (note: this prosecutor retired from politics shortly after his term expired as Prosecutor.)

After the prosecutorial process was initiated one aspect, among many, that has troubled many for years was the question of how credible an accuser can be when he is deposed while being held in a City Jail cell within the county of a zealot Prosecutor? Is it possible that the Prosecutor used that environment to encourage the result that he was looking for? I should add, a result that he never pursued with criminal charges, rather, it seemed, his efforts seemed motivated more by his need for press clippings. Ron was a victim of political expedience rather than proper “due process.”

That deposition collected evidence that would end Ron's career as a cleric (note: a career that he was passionate about) and, eventually, force him from his duties with the U.S. Armed Forces in 2006.

For many, the credibility of the complainant was clearly in question. The loss of two careers would pain Ron greatly until his dying day. He always, however, held out hope that reason and fairness would prevail and that he could go back to his life of service to others. The process that was cast upon Ron Williams never served proper justice for our friend, from the public airing of unsubstantiated conduct, to the clerical trial that judged Ron and made a decision to remove him from his service as a Priest associated with the Archdiocese of Detroit. It is important to note that he was never laicized from his vows as a Catholic Priest. A distinction that Ron always hoped would allow him to return to his dedication to a life of service.

The toll that this process took on our friend was considerable. His health, in recent years became so poor that he was not able to work. He died with a wealth of faith but a lack of money to make it ‘day to day’.

This note is a call for action for those that knew Ron or those that are compelled by this story and willing to contribute to a fund that has been put in place to provide this ‘man of faith’ with a proper burial.

A Memorial Fund has been established by Friends of Fr. Ron at St. Mary’s of Redford Catholic Church in Ron’s home town of Detroit, MI. $5, $10, $100 or more. Please send what you are able to:

Please make checks payable to St. Mary’s of Redford Catholic Church with a note on your check specifying that your donation is for the “Fr. Ron Williams Memorial Fund”.

Should you not be in a position to make a contribution I would ask that you consider others who you think would have the resources, and desire, to contribute and forward this email to their attention.

Your prompt action to this email will be appreciated more than words could fairly express.

The wake taking place Wednesday the 14th from 5-7 pm at Pye's Funeral Home in Detroit on Plymouth off Southfield Fwy.

The funeral will be Thursday the 15th at 11 am at St. Scholastica's in Detroit on Outer Drive off Southfield Fwy.

The burial will be at Holy Sepulchre in Southfield near 10 Mile + Telegraph.

Should you want to talk about this, or have any question regarding this story, you can contact Sam Moschelli at sigepsam@gmail.com or Peter Ulrich at peterulrich@jrmassociates.com

With warm regards and hope that we can raise the funds necessary for our good friend.

Source: The Brothers of Michigan Theta at Lawrence Technological University and an open letter from Ron's good friend Peter Ulrich.
Posted by Superintendent at 1:50 PM
Email ThisBlogThis!Share to TwitterShare to FacebookShare to Pinterest