UPDATE:
Steve just sent out an email blast letting people know he has his first ever byline in the New York Times. Congrats. Is this how Jimmy Breslin got started?

Last100, a respected UK blog, has an in-depth article interviewing SigEp comic Steve Hofstetter and admiring his use of the "pay what you want" business model to sell his latest album. 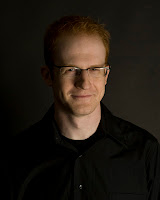 Ever since I first posted on Hofstetter for last100 in December, I’ve noticed that artists are more often releasing their work on the Internet for free or with various payment schemes. This side-stepping-the-record-label approach is all the rage — and clearly a new business model.
[...]
Remarkably, in nearly three months since its release, “The Dark Side of the Room” has averaged about $5.80 a download — triple what he would have received under the terms of his last record deal.

And while he has not reached the $15,000 advance he received for “Cure for the Cable Guy”, Hofstetter expects to surpass that mark this year and for “Dark Side” to continue earning money for years to come.

“It’s fantastic,” Hofstetter said. “I am making more on this album than on any other album I’ve done. More people are seeing my stuff.

Steve is a great guy. I met him when he did a show in Houston last year, then caught up with him at Conclave in Atlanta last summer. I recommend the album, too.