Jesse Mounce, a brother from the chapter at Eastern Illinois University, was found dead on Friday. His passing leaves a missing piece in the lives of his family, friends, and fratenity brothers. 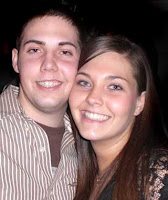 Friends insist that Mounce is irreplaceable. Over the last few days, they've detailed memories to each other that prove this.

Mounce could light up a face with a smile. He was the go-to guy when a smile was needed. He was quick to poke fun at his friends, the life of the party and a persuasive referee when it came to the slip-and-slide at parties.
[...]
Mounce was a sophomore communication studies major studying public relations. He was also a member of Sigma Phi Epsilon.

His friends and fraternity brothers will never forget him.

Stephen Johnson, Mounce's roommate and fellow Sig Ep, will remember the hours he spent with his roommates talking about everything and nothing.

"Jesse's quick wit and nonchalant attitude made for some interesting conversations," he said in an e-mail. "He genuinely cared about his roommates and his friends and would do anything that he could to help us out."

His brothers remember him:

Other memories:
"He was one of the most loyal people I have ever met. It didn't matter if you had known him for two days or for two years, if he considered you a friend, he would have your back no matter what the circumstances were."

"Jesse was a good friend of mine. He was one of the hardest workers that I have ever met. There was never a time when he would not go out of his way to help someone, someone could ask him to do something and without hesitation he would do everything in his power to help that person. Jesse was a true friend and a great brother, he is going to be truly missed. There wasn't a member of our house who didn't love him. Jesse was a very genuine person, with a heart too big to measure. He affected everyone he met in a good way and the house won't be the same with out him around. Love you brother."

"Today we the men of Sigma Phi Epsilon mourn the passing of a true friend, a man of indescribable honor and integrity. Though we shed tears at the end of his days, it is the remembrance of his life that helps see us through this hardship. We remember every laugh, every joke, every waking moment filled with happiness because of his presence. It is in this time that we remember him for what he really was, our beloved brother. The ties of our brotherhood extend past this world onward, and it is in this belief that we are comforted in the knowledge that we can never truly be apart from him. Today I still see his face, always with a smile, as he says, 'Hey bro.' Today I can still hear his voice and his laughter as we joke around in chapter. Today and forever I will always remember Jesse Mounce for what he was to me: my colleague, my friend, and most importantly my brother. Jesse I love you, and I miss you dearly."

Jesse was one of my best friends and had a way about him that always made people smile. He left us way too early and everyone who knew him is going to feel the hurt of losing him, but I hope they remember the great times that were shared because of him.

Note: A YouTube video tribute to Jesse has been created by Christopher Thielk of EIU. Click Here to watch it.

Students remember friend, brother - News
Posted by Wordjunky at 9:48 AM
Email ThisBlogThis!Share to TwitterShare to FacebookShare to Pinterest