'He was a brave soldier'

Another SigEp is a casualty of the war in Iraq. 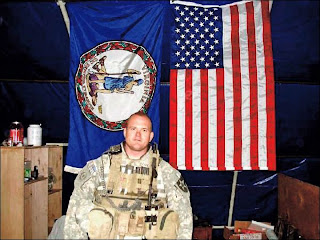 "He's been playing soldier since he was a tiny boy," Dozier's mother, Martha Day Cabe said in a phone interview Monday. At age 5 and 6, he, his sister and their friends would go into the woods wearing camouflage and "play Army."

Dozier, a former Middle Tennessee State University student, was among six soldiers who died Jan. 9 in Sinsil, Iraq.
He died from wounds suffered when an improvised explosive device detonated during combat operations, according to a Department of Defense press release.
[...]
Jonathan Dozier attended Middle Tennessee State University in Murfreesboro and studied international affairs. He was also a member of Sigma Phi Epsilon.
[...]
Carl Dozier said he wants to make sure that his son is remembered as more than a casualty of war.

I hate having to do these posts. If your chapter has lost a brother you know it leaves a hole in the brotherhood that cannot be filled.

Jackson Sun - www.jacksonsun.com - Jackson, TN
Posted by Wordjunky at 6:20 AM
Email ThisBlogThis!Share to TwitterShare to FacebookShare to Pinterest