Hippies and Deadheads and SigEps, Oh My!

What does "The Summer of Love" (that's 1967 to you kiddoes out there) have to do with SigEp? You might be surprised. 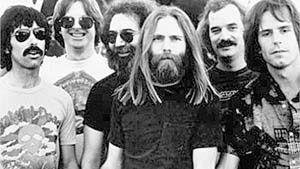 People involved in the local hippie scene recall that only in Plaza Park, which is now known as Cesar Chavez Plaza, did large numbers of long-hairs congregate in public. There, says Gus Kaplanis, a newsletter publisher and former owner of the underground newspaper Aardvark who in 1967 was a history major at Sacramento City College, “you’d see groups of kids and young adults walking around. You know they’re not working and probably not going to school. But they’re having a good time, sitting around, playing guitars. It’s an easy life. You’d see hippie vans converted. You know they were living there.”
[...]
“What was so vibrant and so exciting about that time--there was a great hope about our youth,” recalls Linda Parisi, who now heads the public defender’s homicide division. She was a 17-year-old suburbanite attending El Camino High School in ’67. “As a result of, really, a youth movement, fundamental social changes occurred.”

“It exposed me to the term 'Free Love,’” remembers Kaplanis, now a balding, gray-bearded, golf-playing retiree with a shy smile. “Everybody was safe. Everybody was friendly. Free Love was the big deal. I guess it showed rebellion, that you don’t need a piece of paper to like somebody.”

In many ways, Kaplanis, who today drives a convertible white Thunderbird--golf sticks popping up out of a bag on the passenger seat--embodied Sacramento’s counterculture-lite take on the Summer of Love. Not a true hippie, he was, instead, a frat boy. “Gooser,” as everyone called him then, lived in a Sigma Phi Epsilon frat house on the corner of 22nd and T streets. But he imbibed many of the mannerisms and lifestyle choices of Frisco’s hippies, especially after his first visit to the Haight.

“A bunch of us from City College played hooky, went down there, spent all day and some of the evening, and my eyes opened up to the counterculture, to what was going on, the runaways, the people fed up with government, with regular city life. I was impressed. This is really cool.”
[...]
Politically, the campuses--or at least a vocal minority on the campuses--drifted leftward, as they did throughout the country. “This was a very freewheeling period when, how shall I put it, student-teacher relationships were very friendly,” reminisces 73-year-old Jerry Fishman, a now-retired English instructor at City College. “We’d walk into a class and say 'party time.’ And then we’d party with students that night.”

He still recalls the contact high you’d get simply walking down the pot-smoke-filled corridors.

The radical African-American activist Eldridge Cleaver came to CSUS in 1968, a year after he’d participated in the Panthers’ Capitol Invasion, and caused a stir by using the word “fuck” while speaking from the podium. “The students were just like 'Oh my God!’” Kaplanis recollects. “There were hundreds of them.” City College had a series of bomb scares.

And guess what? Yup, all those "crazy hippies" you see in the documentaries and movies like "Woodstock" grew up to become your Moms and Dads. I know. I resemble that remark. I'm told I had a wonderful time.

SN&R > Local Stories > Hiding out in Sacramento > 06.07.07
Posted by Wordjunky at 2:29 PM
Email ThisBlogThis!Share to TwitterShare to FacebookShare to Pinterest