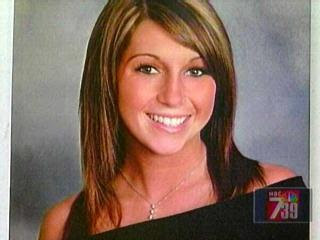 San Diego State students and members of the Greek community are mourning the loss of schoolmate and Alpha Phi member Shirley Jennifer Poliakoff, a 19-year-old undeclared freshman who was found dead early in the morning of May 6 in her Aztec Corner apartment.

Poliakoff, who many called "Jenny," returned to her apartment on May 6 after attending her sorority's formal the previous night. At about 9:40 a.m., Poliakoff's brother, who lived with her in the apartment, found her dead in her bedroom, University Police Lt. Robert McManus said.

One of Poliakoff's neighbors, an SDSU student and did not want to be named, said she woke up on May 6 hearing screams and cries.

"There were about 10 to 15 sorority girls and some family members standing around crying," the neighbor said.

McManus said there was no indication that Poliakoff was a victim of a crime; as of May 8, her death is ruled accidental. Alcohol may have been a factor, but results from the medical examiner's office with the official cause of death were not released as of May 8.

Her sorority sisters were shocked to hear the news of her death.

The chapter dispatched two regional officers who arrived in San Diego on May 6. The officers and Alpha Phi International officials will work with the chapter and its members to provide whatever support may be necessary, Doug Case, the coordinator for the Center for Fraternity and Sorority Life, said in a statement.

"Their (Alpha Phi) national has instructed them not to talk about this," Case said. "Once they have a more definitive cause of death, they will release that."

Alpha Phi has pledged to the university that it will cooperate in any investigation of the circumstances surrounding Poliakoff's death, Case said.

Alpha Phi members hosted a memorial at about 8 p.m. on May 7 at their house.

"Jenny's death, a young person in the prime of life, is difficult to understand or accept," Susan Zabriskie, the executive director of Alpha Phi International, said in a statement.

"Alpha Phi joins the Poliakoff family and the San Diego State community in mourning her death."

Alpha Phi has arranged for grief counselors to be available to the chapter.
Hundreds of Poliakoff's friends created Facebook groups in memory of her. One comment reads: "You affected so many people here with your big smile and kind words … "

Her parents, Ray and Kim, told NBC News KNSD that they will never have the perfect answer to the question of how she died. … They had the perfect daughter and hope her death will be a reminder to hold your loved ones close.