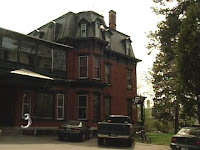 A University of Vermont fraternity has just won another legal battle over hazing charges.

Now UVM may be facing legal action of its own.

It all began a year ago when the Phi Gamma Delta fraternity, also known as FIJI, was accused of hosting a pledge party that included gay-bashing and drinking.

The students fought the hazing charges in court and they won.

The presiding magistrate at the November 28 hearing in Burlington said that the "evidence that I have in front of me does not meet the statutory requirements of proving hazing."

The Vermont Attorney General appealed that dismissal on behalf of the university. But on Wednesday the attorney general dropped the charges.

The attorney general's office says they still believe the hazing conduct occurred but didn't believe they could win the appeal.

The university also still stands by the police investigation and the hazing charges.

"There are technical aspects of the case that they did not feel would give them enough supporting evidence to prevail in the appeal," said UVM spokesman Enrique Corredera.

"I think this is political correctness run amok," said Brad Stetler, a Burlington lawyer who represented one of the accused frat officers. He says his client's victory is long overdue.

"Every lawyer and judge who took a look at this case has concluded that my clients and the other clients involved did nothing wrong or did nothing illegal. Perhaps the university should have their own legal department look at it," said Stetler.

The lawyer for the other three fraternity officers says the university defamed the students with the false charges. He says they may sue the school and UVM should apologize. But an apology is not coming.

"We strongly believe that we've acted appropriately in this case and we are prepared to defend it in whatever fashion," said Corredera.

While the state's charges of hazing were thrown out, the fraternity was suspended for nonetheless by the university for violating the school's intern.al policies regarding hazing and alcohol. A spokesman for FIJI says the fraternity is gratified that the hazing charges were dismissed in state court, but FIJI has accepted the university suspension.

The fraternity suspension ends in September. But FIJI will remain on probation for two years while the lawyers decide if the four fraternity officers will sue UVM.
Posted by Euripides at 9:10 PM
Email ThisBlogThis!Share to TwitterShare to FacebookShare to Pinterest