'We realize we're not on some island' 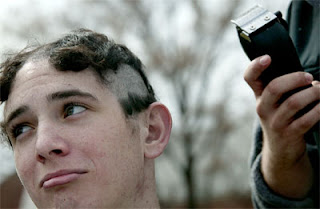 This school year has not been a good one for some fraternities on the Homewood campus of Johns Hopkins University.

Last fall, the Sigma Chi chapter drew national media and the attention of the Black Student Union after the fraternity threw an allegedly racist-themed "Halloween in the Hood" party.

Currently, Tuscany-Canterbury is fighting the return of a Phi Kappa Psi house, where police were called 37 times in 2 1/2 years.

But not all Hopkins fraternities are controversial. Take Sigma Phi Epsilon, whose house at 2900 Wyman Parkway is in good standing with its neighbors.

Owen Fuqua, 77, said he has lived at 2940 Wyman Parkway for 40 years, about as long as the frat house has been there.

"I enjoy having the students around," Fuqua said. "I like the college atmosphere. I'm sort of a perpetual student myself."

He said that noise levels aren't a problem in the neighborhood and that neighbors appreciate the frat helping them with community projects.

"They could be a little bit better housekeepers," he said, but added, "Our frat people have improved a lot since I've been here."

"I don't know that they're there," said another resident a few doors down who would not give his name.

According to Baltimore City Police spokesman detective Donnie Moses, police have not received any complaints about the house in the last 30 days.

The key to the frat's success is its sensitivity to its surroundings, the chapter's president, Alex King, said. King, who doesn't live in the house, said the biggest struggle is making sure that noise levels stay down during events and that trash doesn't accumulate.

King acknowledged that neighbors have complained about trash piling up at the house. He said frat brothers used a Habitat for Humanity trash container to get rid of the excess rubbish.

Sam Charlton, 21, past president of the fraternity and a resident of the house, said police stopped there once in 2 1/2 years because of a complaint about loud noise.

Although the house plays host to weekly meetings and events that can attract all 73 fraternity brothers, only 10 live there.

"We realize we're not on some island," King said.

Baltimore Messenger
Posted by Wordjunky at 11:10 AM
Email ThisBlogThis!Share to TwitterShare to FacebookShare to Pinterest