An interesting article with some history of the first Greek Letter Society. 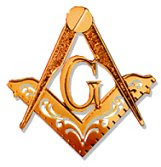 Masons might well take a closer look at their cousins, the Greek-letter fraternities. These and sororities in the United States owe their origins, at least indirectly, to Freemasonry. This is because the very first fraternity, Phi Beta Kappa, was heavily influenced by the Craft: "...Thomas Smith belonged to the Williamsburg lodge before joining Heath as one of the five Phi Beta Kappa founders. Smith served as the first clerk of the Phi Beta Kappa Society and became its president on May 3, 1777. Nine other members of the society joined the Masonic lodge during the next year."
[...]

Today there is too little connection between Masonry and the world of fraternities and sororities. Like the Masons, the Greeks find that the profane world with its problems has intruded into the temple, even into the Phi Beta Kappa temple. And like the television comedian who drew laughs in implausible situations by complaining about not getting respect, the Greeks have suffered at the hands of the profane.
[...]
While the frat house on the local campus or the graduation ceremony awarding Phi Beta Kappa keys are far removed from Freemasons meeting in Virginia taverns in the 18th century, they nevertheless are descendants of those brothers, and we strongly suspect that on at least some occasions the conviviality, if not the ritual, might recall those distant forbearers.

The Scottish Rite Journal
Posted by Wordjunky at 10:20 PM
Email ThisBlogThis!Share to TwitterShare to FacebookShare to Pinterest