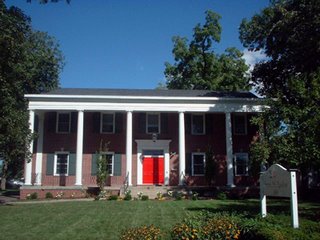 The Sigma Phi Epsilon chapter at (Iowa Delta) has recently launched an $800,000 capital campaign to pay for house renovations of its Residential Learning Community (RLC). This campaign comes after the fraternity recently purchased the residence at in .

Some of the renovation items to be addressed include increasing the housing capacity from 29 men to 36, installing a fire sprinkler system throughout the house, renovating all bathrooms, updating all flooring, upgrading all electrical wiring, adding air conditioning to the second floor and purchasing a new boiler.

Iowa Delta was named an RLC in 2003. Since then the chapter has continued to lead the fraternities at Drake University in manpower and academic performance. A member of SigEp has also been student body president or vice president for the past three years. The chapter has also been honored with two Buchanan Cups, the highest award given by the national fraternity.

Anyone wishing to donate to the Iowa Delta capital campaign or request more information can contact alumni board member Tony Lorino at tonylorino@yahoo.com.

Technorati tags: SigEp, college, fraternity, Drake
Posted by donotgogently at 2:05 AM
Email ThisBlogThis!Share to TwitterShare to FacebookShare to Pinterest